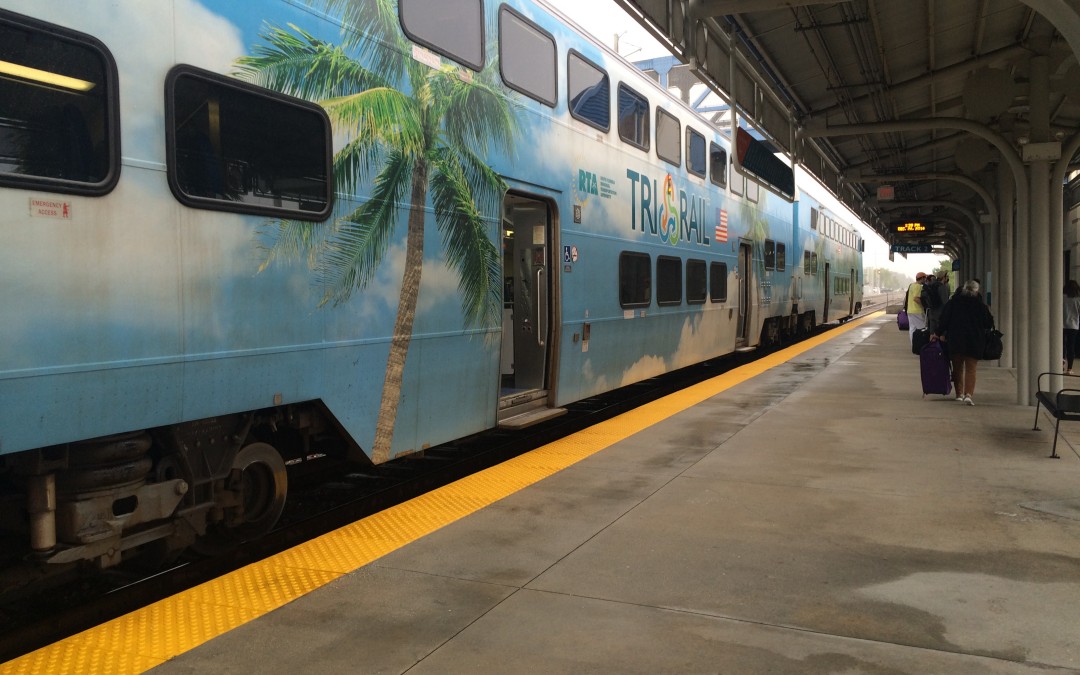 Something that makes the YAC so unique is our passion for not only exploring SEPTA, but also other transportation systems across the region, nation, and globe. Recently, during a trip to Southern Florida, I had the opportunity to ride on both the SFRTA Tri-Rail[1] and MDT (Miami-Dade Transit) MetroRail.

Tri-Rail is a very interesting system; it actually started as a temporary service to mitigate traffic during the reconstruction of I–95 (which parallels the tracks for the duration of the route). Despite having only one line, the trip from end to end takes two hours and spans three major cities, three counties, and three international airports (hence the “Tri” in Tri-Rail). My trip was between the two busiest stations: Boca Raton to MetroRail Transfer, the latter of which is somewhat in the middle of nowhere but serves as the transfer point to the Miami MetroRail to downtown Miami.

On the Tri-Rail, fares are collected using a “proof of purchase” method wherein tickets are purchased from a ticket machine and then validated prior to use. Footprints on the ground showed the way from the ticket machines to the validators, something that should definitely be done once SEPTAkey reaches the SEPTA Regional Rail system. On the train, armed fare inspectors, former police or military personnel, randomly check for validation.

After exiting at the transfer station, I proceeded to the ticket office and was able to get a Student Reduced Fare Easy Card. With that in-hand, I was then able to purchase all MDT and Tri-Rail fares at half-price (including a day pass in Miami which only cost me $2.80!). Since the two systems are integrated, it was a breeze to ride between the two since loading the pass once served as my balance all-day. Hopefully, this is the kind of integration we can see between SEPTA and PATCO.[2] The ride into Miami was seamless and after a nice day of touring the city, it was time to return. MDT has a great app with up-to-date tracking software that really puts Philly’s technology to shame. Signs on the platforms indicated when trains were arriving and were often accurate within 10 seconds! The only downside? Knowing your transfer back to Tri-Rail would be tight left for a stressful ride to the transfer station. After a hefty sprint with many other travelers, we made it on the train and avoided what would’ve been a lengthy hour-long wait.

All in all, it was a great trip and a great ride. Here are three key recommendations SEPTA might find useful: 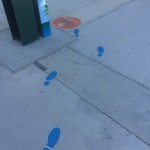 Foot stickers on the platform remind people to tap their card at the validator. 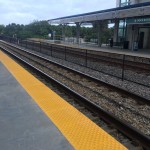 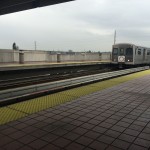 The MetroRail coming into the transfer station. 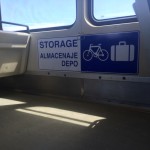 A great idea: space for bikes and luggage. 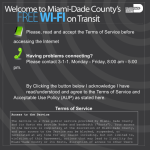 An even greater idea: free wi-fi! 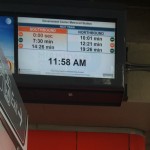 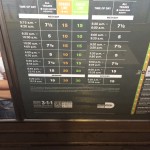 A nice chart indicating service frequency on the MetroRail. 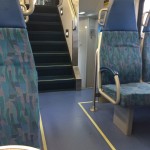 The Tri-Rail trains were very comfortable. There were even tables at some seats with outlets below! 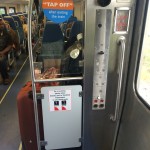 A reminder to tap off by the doors.

The tropical decor of the train.